Check out these free tools to help you get organized!

Learn More About The Club!

Daily Habits and Your Home

What do vampires and clutter have in common?

According to the members of the Declutter, De-stress, Simplify Facebook Group, A LOT. As Casey Bulldis puts it, they are both a pain in the neck!

Vampires and clutter both suck the life out of you!

Annie Azzarello is a mom of three boys, so she has had some practice slaying clutter. Her secret weapon? She’s letting her sons learn for themselves that being disorganized and cluttered isn’t the best way to move through life. Annie’s 10-year old is learning, first hand, that life is better when he prepares the night before a football game!

Annie says, “Otherwise, clutter and disorganization can suck the fun out of the day by making him feel rushed and unprepared. It’s not a good way to start his mindset for the day!”

Tiffany Sanford is a Loving Your Home Club member and has recognized quite a few ways clutter has sucked the motivation out of her, in the past. The scary picture Tiffany paints sounds all too familiar:

I’ve gone into my bedroom at the end of the day but couldn’t lay down because there were piles of clean clothes, on my bed, waiting to be put away; I have wanted to make breakfast, but had little room to prep because the kitchen island was covered with unopened mail, yesterday’s newspapers and/or kids’ school papers; It was hard to be productive when the home office desk had no room to work because it was covered with piles of paper.

Having to stop my train of thought and deal with clutter delayed me from doing what I wanted to do.

I am proud to report that Tiffany has picked up a wooden stake and killed most of the clutter in her home office. Pow!

Vampires and clutter are killers

Susan Brandjord admits that clutter may not actually kill you but it will absolutely kill your creativity and energy. As an interior designer, Susan is full of creativity. However, she needs a clutter-free working environment to let the creative juices flow.

Susan says, “If my office gets messy and unorganized, it’s very hard for me to be creative or productive. The physical clutter tends to give me mental clutter.”

Retired nurse, Brenda Dulaney-Connell agrees with Susan. She is a Club member and is always working on slaying her clutter. Brenda’s super power: She can walk into a cluttered room, and literally feel the energy shift as if the life-force is being sucked out by an invisible giant vacuum (or maybe it’s a creepy vampire??)

Brenda says, “The creative area in my home is supposed to be energizing – I love to do projects there. If I don’t keep that area organized all the creativity goes right out the window and I don’t even want to walk into the room!”

Do you feel the same? It’s scary, right?

Vampires and clutter are sneaky

“They are always lurking,” Natalie Dunn.

So true. They are always waiting for you to stop paying attention so they can attack.  Clutter is equally as sneaky as a vampire. Becky Clouse says it hides and when you finally see it, it’s terrifying.

One of my most favorite neighbors, Sarah Rimbey, says unfinished piles give her a hard time.

I’ll make a pile of catalogs and coupons on my kitchen counter that I plan on going through later. Well, of course I don’t go through it and before I know it, there is a big ‘ole pile of catalogs I never looked at and expired coupons taking up a section of my kitchen.

Yep, clutter is sneaky that way. Before you know it, it jumps up and bites you.

Declutter, De-stress Simplify member Chris Price had clutter creep up on her in the form of used gift bags. You know, all those gift bags you think you’ll use one day, but forget you have.

Chris says, “I tried to organize the gift bags by holiday/reason, but ended up with more and more after each gift-giving holiday. I stuffed boxes of used bags into a closet and would open the door to throw “new” ones in. Then,  close the door super fast so the bags wouldn’t tumble out. When I had to get into the closet for something else, I ended up taking an hour to sort through all the bags…I would totally forget what I was originally looking for!

Some people, like Emily Pogue don’t really have tons of clutter. Emily’s clutter hides in a drawer where various odds and ends go to die. You know that drawer because you have it too. We call it the junk drawer. Here is Emily’s personal scary experience with clutter:

One day, I needed to find our university season football passes so we could head off to the tailgate. So, I shove my hand into the drawer, frantically searching around to find the ticket book when I felt a stabbing pain on my finger. I pull my hand out of the drawer and nearly faint. I had filled this drawer with so much stuff that as I was rummaging around, an air pump needle got jammed under my nail bed. It was terrible! Have I learned a lesson? Yes. Make the husband root around in the junk drawer. And maybe declutter it more often.

Once they get their fangs in you, it’s hard to get free

Vampires and clutter can be suffocating and hard to kill. And as Natalie Dunn points out, they are always lurking, ready to strike!

One of the most committed, hardest working women I know, Tara Higgins, is open about her struggle with clutter. It’s never about the clutter. There is always something else laying under the surface, and I love that Tara recognizes that.

It can get its fangs into you and refuse to let go. I used to blame my busy, stressful life for the clutter, but in reality, having a cluttered home is the result of past trauma and the need to have something to hold onto. Even though those fangs are stuck I take it one step at a time, one piece of clutter at a time.

Light is your friend

Despite outward appearances, neither vampires nor clutter are invincible. They have weaknesses and can be killed!

Legend has it, if you expose a vampire to sunlight, they will instantly disintegrate into ashes. The same is true for clutter! Shining a light on why you have clutter will allow you to start dealing with the clutter.

Self-awareness is always going to be your biggest weapon against clutter. Why do you have clutter? What are you really holding onto? Dig deep and ask yourself those hard questions. Stop letting clutter suck the fun out of life by dealing with the real issues behind the clutter.

Figuring it out on your own can be scary. I am here to stand by your side as you slay your clutter! 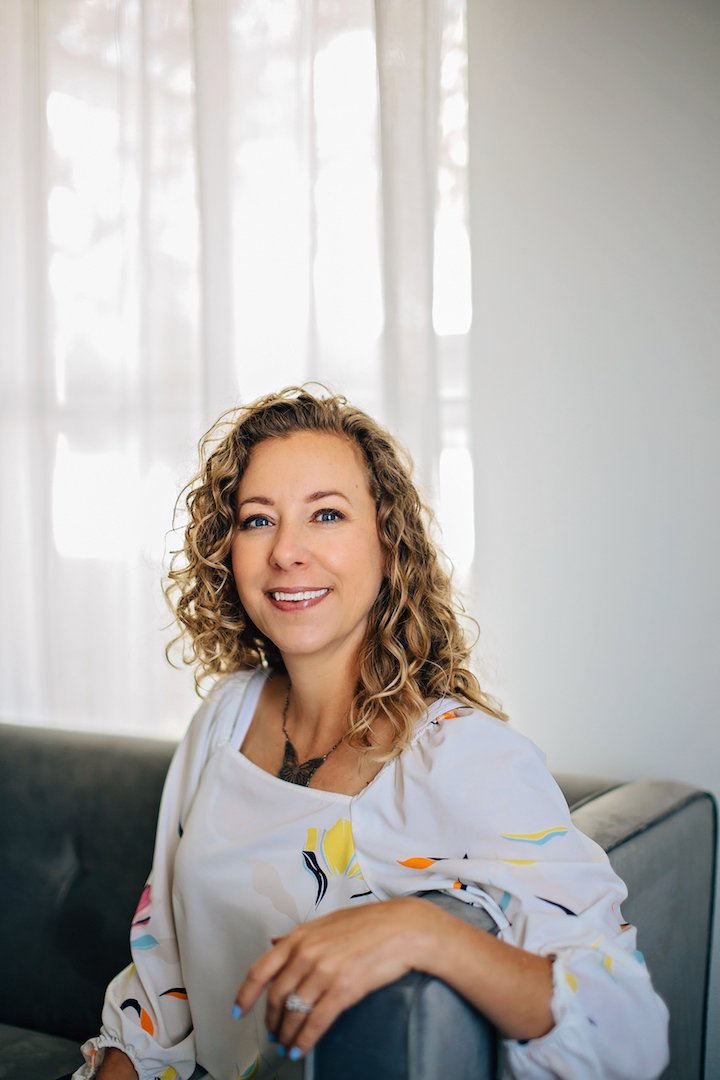 Whether you are interested in The Loving Your Home Club, Coaching Sessions or The Ducks In A Row System I am here to answer your questions and help you gain some clarity.

Schedule your free 15 minute mini-session and we'll discuss your goals and how we can successfully get you there.

Fill out the form below and I will be in touch soon.